The Love of My Life

Posted on November 26, 2012 by beckikeyevents

Since I started blogging, I have written about many horrible situations in my life, and the worst are yet to come. But I have touched only briefly on Ronnie, my husband of 18 years. 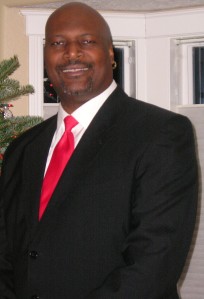 Ronnie is a man of great stature, standing almost 6 feet 7 inches, and he is a Gentle Giant. It is impossible for me to express in mere words what a wonderful, kind, compassionate, and caring person he is. Ronnie loves me unconditionally, with all my flaws. With all the horrible and traumatic experiences I’ve had to deal with emotionally and legally, he has never once said he’s had enough and walked out. I do not understand why he has hung in there through battle after battle with Amanda and Anthony, two of my four children from previous relationships. Most men would have run as far away as possible and never looked back.

Ronnie and I are both from Illinois, where we knew one another in Chicago through a circle of mutual friends. We reconnected in Oregon, after we’d moved here separately for other reasons and later found out we were living in the same area. We fell quickly and deeply in love.

Ronnie and I had been married only 6 weeks when my daughter Amanda’s father (my long-ago ex-husband) called and said he no longer wanted to raise her and was putting her on a plane to Oregon the next day. He’d been granted legal custody of Amanda when she was little. Now, he said, she was out of control — doing drugs, stealing from him, hopping from bed to bed with numerous boys in their small town — and now, he said, it was my turn to be her parent.

I wondered how my new husband was going to feel about my troubled teenage daughter, with whom I’ve had only limited contact over the years, moving into our home within 24 hours? I hadn’t even explained the whole situation before Ronnie responded.

“Of course,” He said. He was up for the challenge.

So, suddenly, there we were: newlyweds with 3 children.

Many times and to this day, I’ve wished I had never agreed to let Amanda come live with us. As horrible as that sounds, the fact is that I allowed one of the most evil people I have ever met into my home, and she wreaked havoc in our lives. It didn’t take long before even the boys were upset and saying, “Mom, why did you ever do that?”

Through it all, Ronnie has been my rock and had my back all along. He’s been there for Anthony and Lance, too. 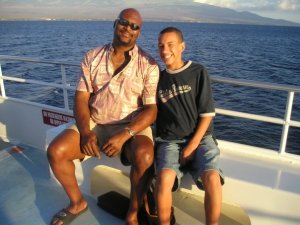 Ronnie and our son Lance

Ronnie and I worked different shifts so the boys would not need childcare after school by strangers. He coached the boys’ football teams for years, cared for them when they were sick, and made sure they had everything they needed and wanted, to the point that they were spoiled with material possessions and nearly depleted our financial resources. Ronnie attended every school function and teacher’s conference, and took their lunch to school when they would forget it. Ronnie usually was the one who took the boys to medical and dental appointments. When Lance needed surgery on his feet, Ronnie made sure the $72,000 for the operation and rehabilitation was covered under his insurance.

When Anthony decided he wanted to attend a high school that was out of our district and there was no bus to take him the 14-mile round trip to school, Ronnie got up after only 3 hours of sleep and drove him to school every morning for 2 years. Then, when Anthony got his driver’s permit, it was Ronnie who taught him to drive and eventually cosigned on a car loan for Anthony (huge mistake, for another blog post) — not once, but twice (another huge mistake).

All in all, Ronnie was the main parent to both Anthony and Lance. During most of the boys’ younger years, he worked a minimum of 55 hours a week to ensure we had a nice home and that the kids were well taken care of. He did without so they could have a good life, and he never complained or treated them with anything but unconditional love and great kindness.

In 2003, when Anthony was 18 and still in high school, he decided he did not want to follow our house rules. While Ronnie was at work one day, Anthony moved out. Ronnie was torn apart. Over the course of the next 9 years, Anthony was in and out of our lives, and Ronnie was always the first to forgive him. He would welcome Anthony back with open arms and once again provide him with financial support, whether it was car maintenance, medical needs, food, gift cards, or employment — even when Lance would say, “Don’t do it, he will burn you again, Dad.” Ultimately, that is what happened (as you can read about, if you haven’t already, in my previous blog posts).

My heart is so heavy with sadness from the pain my husband has endured from my own children that I am sobbing uncontrollably as I write this. This is a man who has never had an enemy in his life, who always has a positive outlook, and whose smile lights up a room when he enters. Who is the most honest person and best friend anyone could ever wish for. Who takes people in need into his home over and over again, and has helped so many people financially. Who is a dedicated father, husband, son, brother, and employee. Who has dealt with my anxiety and depression from abuse and torture. Who holds my hand with great passion wherever we go, opens every door I enter, and tells me daily how much he loves me and how fortunate he is to have me in his life.

Most of the time, I feel like I’ve taken away his life, that he’s never had the life and enjoyment he so deserves. Not only that, but now this good man also has a criminal record, only because of my children and other family members. He goes to work in a not-so-great environment with a smile every day, earning less than half of what he did a couple years ago. Every time he has a break at work, he calls to check on me, and when he returns home after a day of very physical labor, the first thing he says is, “I love you,” and “Do you need me to do anything for you?” 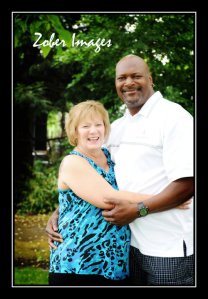 Although Ronnie has missed out on so much in life, the joy of his spirit has never been broken. Every night he tells me that he could never imagine life without me. Ronnie has shown me true love — the love I never experienced as a child. With all that Ronnie and I have endured, especially the pain of betrayal from my children, I am truly blessed with something that most people only hope for: Ronnie’s love, compassion, and dedication. He is the love of my life.

23 Responses to The Love of My Life